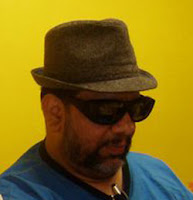 Introduction
Being led of the Lord to return to Nicaragua after a few years of not attending their annual convention I looked for ticket prices but decided not to go because the cost was too high and funds were very low. However, the very next day I received a call from my brother, William NC García, with a message from my pastor (Rev. Bernabé G. García) that he wanted Bernie Tres and I to accompany him (William) and his Lilia to Managua.
'
I looked into the tickets, but the price was very high out of Phoenix, so I decided to look at fares departing from other cities. It was then I discovered that we could save $1,300.00 if we
flew out of San Francisco airport which is located about 15 minutes from Brother Billy Chidyausiku's Foster City home. Since it only costs about $600 in gas, food, and lodging to drive up there we decided that we could save money and at the same time visit the brothers in that area. We will visit upon our return from Nicaragua for about 3 or 4 days.


That Sunday Phoenix Tabernacle took up an offering for the Bernie Tres and my tickets for the trip to Nicaragua, and almost completely paid for our tickets. Phoenix Tabernacle made up the difference from what was collected and we were able to purchase the tickets from San Francisco to Managua round trip.


Monday evening I went to the treasurer's house and received gas and food money for our trip back and forth to San Francisco. In addition to the gas money, before leaving, my sister Joanna G. Ruiz gave both William and myself a gift of $200.00 each from her Barbershop business. We pray that God bless her business and multiply all she did for us. Of the $200 I took $100 with me, and left $100 for my wife. It was the first time in months that I had been able to give her some money and I thank God for that.

We drove to Foster City on Tuesday March 10, 2011, leaving about 5:30 A.M. and leisurely making our way to Northern California. My brother William drove the entire way and did an excellent job. Gas and food money was provided by Phoenix Tabernacle. We had breakfast and lunch, and arrived about 6:30 P.M. at the Chidyausiku house.

We had a great time of fellowship as Brother Tito and Sister Tita Moreira met us there for dinner and fellowship. Brother William and Lilia then went to San José with Brother Moreira to sleep the night, while Bernie Tres and I slept at the Chidyausiku house.

Brother Billy Chidyausiku called from Africa to greet us and express his happiness that we were at his house, mentioning that he might be back in time to receive us when we return from Central America.

William, Lilia and Brother Tito arrived at 4:30 A.M. at the Chidyausiku house where we packed up everything and departed to the San Francisco Airport (SFO). We checked in with no problems, and made it to our gate with plenty of time to spare for our 5:50 A.M. Flight on Continental Airlines.

We arrived in Houston, TX about 11:30 P.M. local time, and made our way to Ruby's where we had a hamburger. After lunch we went to the President's club to relax, catch up on email, and watch some news on the big screen. I put Lilia on the upgrade list, and when we arrived at our gate at 5:15 to board we were informed that she had indeed been upgraded.

We were served a delicious dinner in flight, but never the less arrived at Managua with hunger. We had no problem passing through customs despite declaring (or because we declared) the boxes of books that we had brought as a gift from Phoenix Tabernacle to La Voz de Restauración en Managua Nicaragua church. With the letter from Phoenix Tabernacle describing the contents of the boxes and their not for profit intent of the donations we were waved through once the manager read the letter.

Brother Victor Reyes and Brother Carlos were waiting for us at the airport with a van. After loading up the luggage and the boxes of books we made our way to Brother Oscar Cubillo's house. It was basically a straight shot from the airport as we only had to make two turns before arriving at our destination.


As we were very tired we made our way to our rooms and were asleep by about 1:00 A.M.

I woke up very late, and yet very tired. I felt as if I had not slept at all that night. Throughout the day I kept dozing off to sleep. I was very glad there was no service programmed for Thursday. After lunch I I went back to my room, hooked up my breathing machine (C-PAP) and went to sleep, and slept until I was woke up for dinner. I had slept four hours, and I felt much better.


After dinner I went back to sleep and had a very good nights rest with the C-PAP.

We were woken up at 9:00 A.M. for breakfast and to the news that Japan had suffered an 8.9 Richter Scale earthquake. It had also been hit with a Tsunami, and the countries of North America, Central America and South America were bracing for possible Tsunami's also. During lunch, I checked my Facebook account to see if Stephanie García, my cousin who is living in Japan with her Military husband had checked in to tell of her status. Thank the Lord she reports that she is well, the quake did not affect Okinawa where she is at, but that because of the Tsunami they had been relocated to higher ground but did not anticipate any problems.

Church service is tonight at 5:30 P.M. Managua Nicaragua time (4:30 P.M. Phoenix, AZ time) and as of now we are not yet sure if we will be able to transmit live on the www.voiceofrestoration.net website, but if we do we will post on Facebook (www.Facebook.com/BernabeGarciaJr ) and Twitter (www.twitter.com/bncgjr) . God bless you!

Actually, I just discovered that I can not send this report right now as the entire section is experiencing an electrical blackout. We are not yet sure when power will be restored. I am going to have to shut down my computer as battery is almost out. I will send when power is restored.

3:08 P.M.
5:03 P.M. Power is restored and I am on my way to Church to see if there is internet available to stream live. If there is, you will hear from me.  If not you will not hear from me. God bless you, Keep us in your prayers.

Service Friday night was a nice opening service. There were many specials and worship songs. I spoke about 45 minutes and gave the testimony of Sister Esther Oh when she went to the November convention and had the dream about getting married. The people really enjoyed it. Then I shared about my trip to California when my flight kept on getting canceled because Sister Esther had an appointment with Jesus Christ.
After I spoke, my brother William spoke for about 15 minutes also. He did an awesome job, sharing the testimony of brother Gordo who had been in prison challenging God to get him out of there. Within three hours of that prayer he was visited by his brother-in-law who helped him get out of prison. It was a moving testimony.
After service they served us food. Service will be tomorrow at 10:00 A.M. local time. We still have not been able to locate an internet connection for live transmission.
Posted by Bernabe NC Garcia, Jr. at Friday, March 11, 2011